Oklahoma has a shortage of licensed physicians in rural areas.

When it comes to primary medical care — the central part of rural healthcare in Oklahoma — all but six of the state’s 77 counties have “medically under-served” populations, according to the U.S. Department of Health and Human Services. Nine counties — in their entirety — have been designated Health Professional Shortage Areas.

Oklahoma ranks 45th in the nation for active physicians per 100,000 population, and 46th for active primary care physicians. The supply of physicians is a function of several dynamic characteristics in addition to the per population amount: geographic distribution, patient care hours and productivity, and the balance of new physician entrants and exits to the labor force are also highly relevant, especially in projecting continued shortage.

This is a significant problem for rural Oklahoma, when you consider that there is already a national shortage of family practice doctors overall. And medical students and young doctors are increasingly opting to specialize, which often has better pay and hours.

Why Is There A Demand For Those Holding a Physician License in Oklahoma?

There are many factors in place that’s lead to the widespread doctor shortage and ongoing need for licensed physicians in Oklahoma.  Fewer doctors practice in rural and other underserved areas, even after controlling for other factors.

Like many rural areas, this is in part because most graduating doctors often end up choosing to practice medicine in the state where they attended school. This is a major problem For states like Oklahoma, where public funding for training medical students and residents has been declining at a time when the need for doctors has been increasing.

Before physicians can even enter the labor market, they must complete medical training and the necessary Oklahoma physician licensing requirements, spanning nearly a decade when undergraduate and postgraduate levels of education are considered. Patterns of “maldistribution” in physician supply across geographic areas are a second area of concern, in addition to overall supply.

As millennial’s come in and boomers go out, Oklahoma can be a tough sell to doctors who want to relocate. Most doctors are seeking out states with larger population centers and more enrichment and educational opportunities.

Taking over a small-town practice is too expensive, or in some cases, too time-consuming for younger, millennial physicians. And a lot of the newly minted doctors out of medical training are opting to work at hospitals, rather than opening their own practices.

“There’s an extreme shortage. Oklahoma is one of the deserts for physicians in the United States,” said Larry Bookman, MD, president of the Oklahoma State Medical Association.

What Are Some of the Benefits for Physicians Relocating to Oklahoma?

USA Today ranked Oklahoma as the fourth most affordable state in the US to live. The average home price in Oklahoma is about $123,000. It literally costs half the price to buy a home in Oklahoma than it does in the United States as a whole.

In addition to this, the average rent in Oklahoma is much cheaper than the rest of the United States too. Again, nearly half. Due to the fact that most of the state doesn’t consist of massive overflowing cities, “rush hour” isn’t really a thing in Oklahoma.

Due to the fact that rent is so incredibly low, Oklahoma is a great place to launch a business, too. In addition to having modernized the buildings themselves, the schools receive extremely high ratings for performance, teacher-student ratio, and student advancement.

When it comes to earnings growth, few states have fared as well as Oklahoma. Recently the Bureau of Economic Analysis looked at the data and found that the Sooner State was one of the top three states with the highest percentage earnings growth since 2009. Oklahoma was also one of the top five fastest growing economies in the nation.

How Can You Apply For Your Oklahoma Medical License?

Oklahoma is having a hard time finding qualified doctors to fill open positions within the state. If you are interested in relocating to practice medicine in Oklahoma, you will need to fill out the paperwork necessary to procure your Oklahoma medical license. Where do you begin when you need to fill out all of the required paperwork? Unfortunately, the steps to take to apply and receive your physician license in Oklahoma can be lengthy and intimidating. If you would like to obtain a Oklahoma medical license, there are additional resources that can make the Oklahoma physician licensing process simpler for you. By joining the physician workforce in Oklahoma, you will be providing those who are under-served proper healthcare, which will help the state overcome more of it’s healthcare challenges. 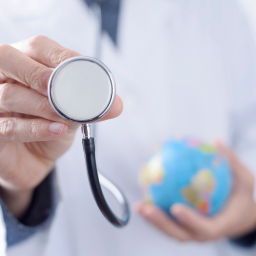